Please note, the year over year percentage change numbers in this report will appear very large due to the periods being compared. Last spring saw some of the lowest reported numbers in history. When compared to this year’s record high numbers, the gains will appear skewed. We have included new comparisons to the 5 and 10-year averages to provide a clear picture of where this spring's numbers compare to the historical averages.

The number of homes sold through the MLS® System of the BC Northern Real Estate Board totaled 491 units in August 2021. This decreased by 8.9% from August 2020.

On a year-to-date basis, home sales totaled 3,867 units over the first eight months of the year. This was a significant increase of 49.8% from the same period in 2020.

"Home sales were down, as expected from last August’s high reading when activity was on the rebound. That said, sales were still running above the average for this time of year," said Sandra Hinchliffe, President of the BC Northern Real Estate Board. "New listings, on the other hand, were down from last August and well below average levels for this time of year. With new supply falling off by more than sales we continue to see overall inventory levels trending down to new record lows. It’s no surprise that with an ever-shrinking pool of listings prices are rising to new records, with average price levels reaching above $400K for the first time in history."

The Board cautions that the average residential price is a useful figure only for establishing trends and comparisons over a period of time. It does not indicate an actual price for a home due to the wide selection of housing available over a vast geographic area (the Board serves an area covering over 600,000 square kilometers or 72% of the province).

The BC Northern Real Estate Board is an association of about 380 REALTORS® that provides services to and sets standards for members. 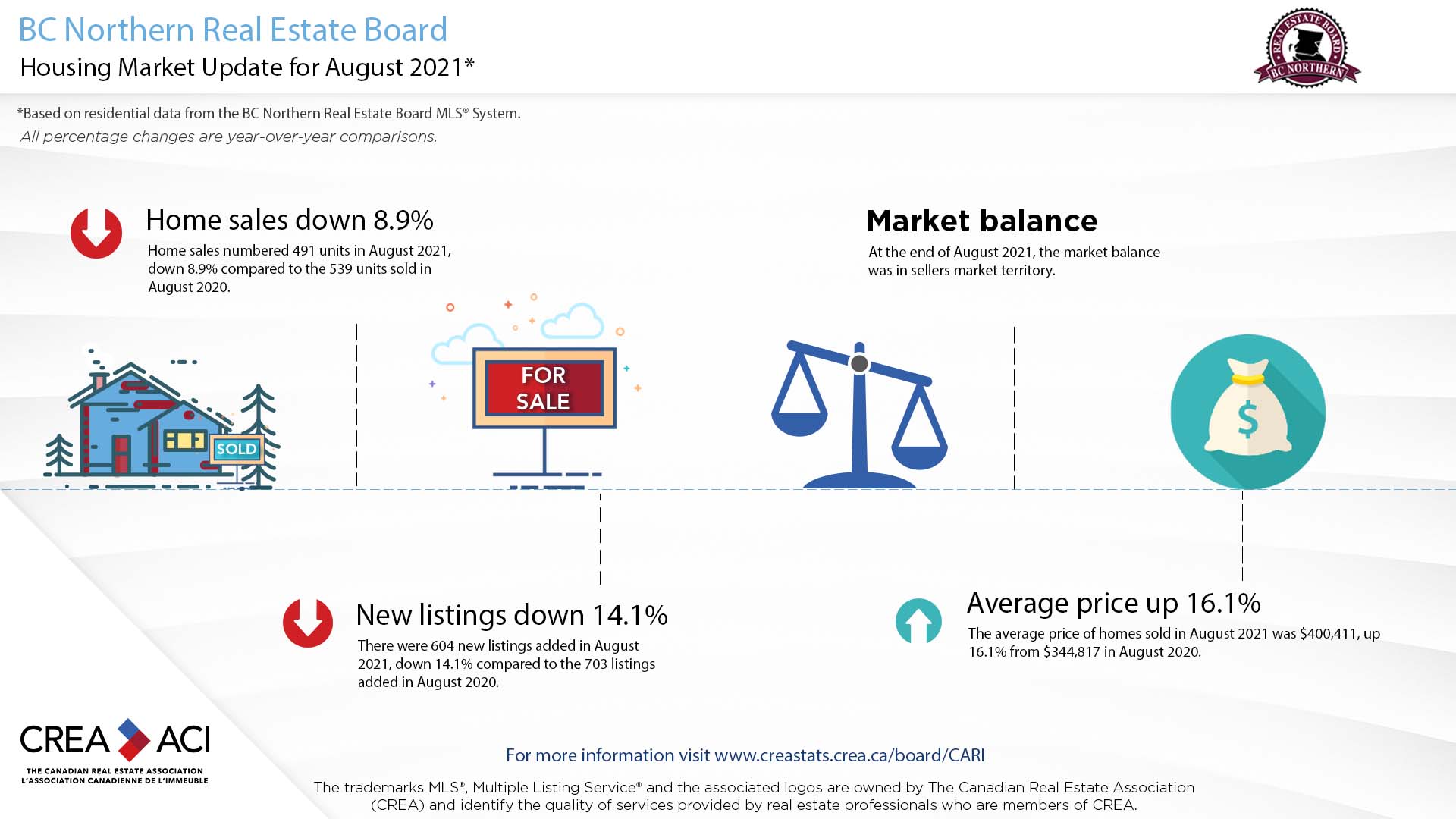